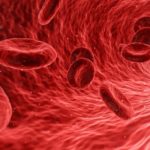 One common feature of several neurological disorders is the loss of the myelin layer that normally surrounds neurons. Myelin is essential not only to protect the neurons but also to let them process and transmit the electric pulses they use to communicate with each other. When myelin is degraded, neurons can not work properly and they eventually die.  Read on.