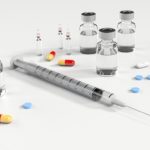 NICE has recommended Extavia, but rejected Copaxone, Avonex, Betaferon, Plegridy and Rebif in its preliminary appraisal of MS drugs. The MS Trust has responded to NICE’s consultation in the strongest possible terms.

On 20 December 2017 NICE published(link is external) its preliminary decision on the use of Copaxone and the five beta interferon drugs (Avonex, Betaferon, Extavia, Plegridy and Rebif) by the NHS in England. It is not yet clear what implications this will have in Scotland, Northern Ireland and Wales.

NICE has recommended the following:

Extavia is recommended as a treatment for people with relapsing remitting MS or secondary progressive MS with continued relapses
Copaxone, Avonex, Betaferon, Plegridy and Rebif are not recommended
Anyone already taking one of the drugs will not be affected by this guidance and can continue without change until they and their neurologist consider it appropriate to stop.

NICE has acknowledged that all six drugs are equally effective at reducing the number of relapses and slowing down disability progression. The decision to approve Extavia and not the other five drugs is based on the cost of the drugs; Copaxone and the other beta interferons are more expensive than Extavia.

If you are already taking one of these drugs, you will not be affected and can continue without change.