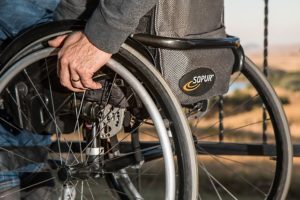 A former top civil servant has criticised the disability benefits assessment system as a “hostile environment” after being told he was ineligible for support despite having Parkinson’s and terminal prostate cancer.

Andrew McDonald, 56, who ran the parliamentary body overseeing MPs expenses before retiring on health grounds, had his benefits stopped after assessors decided he was no longer ill enough to qualify for personal independence payment (PIP).  Read on.