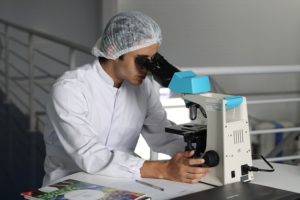 Source Science Daily: Scientists have discovered a critical part of the body’s immune system with potentially major implications for the treatment of some of the most devastating diseases affecting humans.

Professor Graham Lord, from The University of Manchester, led the study, which could translate into treatments for autoimmune diseases including Cancer, Diabetes, Multiple Sclerosis and Crohn’s Disease within a few years.

It is published in the Journal of Clinical Investigation today.

The discovery of the molecular pathway regulated by a tiny molecule — known as microRNA-142 — is a major advance in our understanding of the immune system.

The 10-year-study found that microRNA-142 controls Regulatory T cells, which modulate the immune system and prevent autoimmune disease. It is, they found, the most highly expressed regulator in the immune system.

Professor Lord, led the research while at Kings College London in collaboration with Professor Richard Jenner at UCL.  Read on.