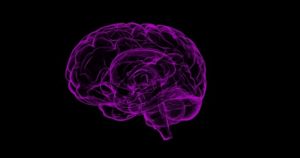 Now, the MS Society and Parkinson’s UK has announced a £3 million grant (about $3.6 million) to support its transition into a digital brain bank powered by a virtual reality platform, which will provide new tools for researchers around the world with the ultimate goal of stopping Parkinson’s and other neurological diseases.

These new technologies will be used to create high-definition pictures of brain tissue donated by people with Parkinson’s and multiple sclerosis (MS) after their death.

The Tissue Bank, established in 2009, originated from The UK Multiple Sclerosis Tissue Bank and the UK Parkinson’s Disease Society Tissue Bank, both located at the Imperial College in London. Over the years, this repository has collected samples from patients with MS and Parkinson’s disease, as well as healthy donors. Their collection has a large number of well-documented clinical cases that have been used in more than 700 research projects. Read on.