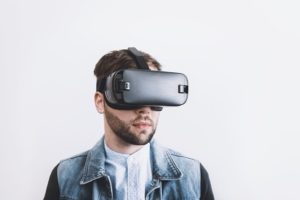 Scientists from Imperial College London have found that using virtual reality headsets could combat increased sensitivity to pain, by immersing people in scenes of icebergs, frigid oceans and sprawling icescapes.

In a small proof-of-concept study, published in Pain Reports, a team from Imperial used VR video to reduce peoples’ scores of perceived ongoing pain as well their sensitivity to painful stimuli.

According to the researchers, the findings add to the growing evidence for the potential of VR technology to help patients with chronic pain.  Read on.