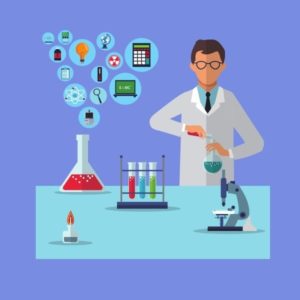 Source MS Trust: New research has provided the strongest evidence yet that infection with the Epstein Barr virus (EBV) acts as a trigger for people to develop MS.

Researchers in the United States made use of a series of blood samples collected from more than 10 million military personnel. They determined EBV status at the time the first sample was taken and then followed additional samples to explore the relationship between EBV infection and MS onset. People infected with EBV had a 32-fold increased risk of developing MS.

They also measured blood levels of neurofilament light chain (NfL), a substance released into the spinal fluid and blood when nerves are damaged by MS activity. In people with MS who were EBV negative at the beginning of the study, there was no indication of elevated NfL until they were infected with EBV. After infection, elevated levels of NfL were detected before MS was diagnosed. Increased NfL levels were seen only in people who became infected with EBV and later developed MS.

The study did not investigate whether EBV is involved in ongoing MS activity (for example triggering relapses or progression) in people who already have established MS.

The Epstein-Barr virus (EBV) is a very common virus. Up to 95% of all adults will have been exposed to EBV, but most of them will not notice any symptoms or ill health. Some people will have a more serious infection which causes glandular fever (infectious mononucleosis). Modern detection methods show that practically everyone with MS has previously had EBV infection.

EBV has been suggested as a possible trigger for MS for some years, and this research adds further support to this theory. Most people will have been infected with EBV during childhood, so the real mystery is why the infection should lead to MS in only a few cases. The most widely held view is that a combination of risk factors are involved, including an underlying genetic susceptibility, lifestyle (smoking, diet, obesity), and environment (sun exposure, pollution). Understanding how EBV interacts with other factors to cause MS may ultimately lead to a treatment which prevents MS. A vaccine against EBV is currently in early-stage clinical trials.