Tracy O’Reilly, a friend of Dave Howell (MS member and great supporter of the centre, from Bicester) ran the Great South Run on 22nd October.
(Picture of Tracy and Dave)

William Jones (Karen’s son) ran the London Marathon on April 23rd. 40% of the money raised is going to the MS Therapy Centre Oxfordshire 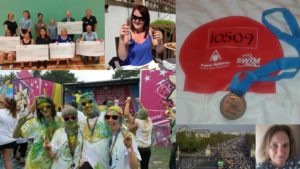 Jodie Evans took part in the Brackley Novice Triathlon on 2nd October, and has raised about £750.

Theresa Emery took part in the Great North Swim on 11th June. Her personal challenge was to swim 1 mile in Lake Windermere.

This year’s events have raised over £8000 in total, thanks particularly to: 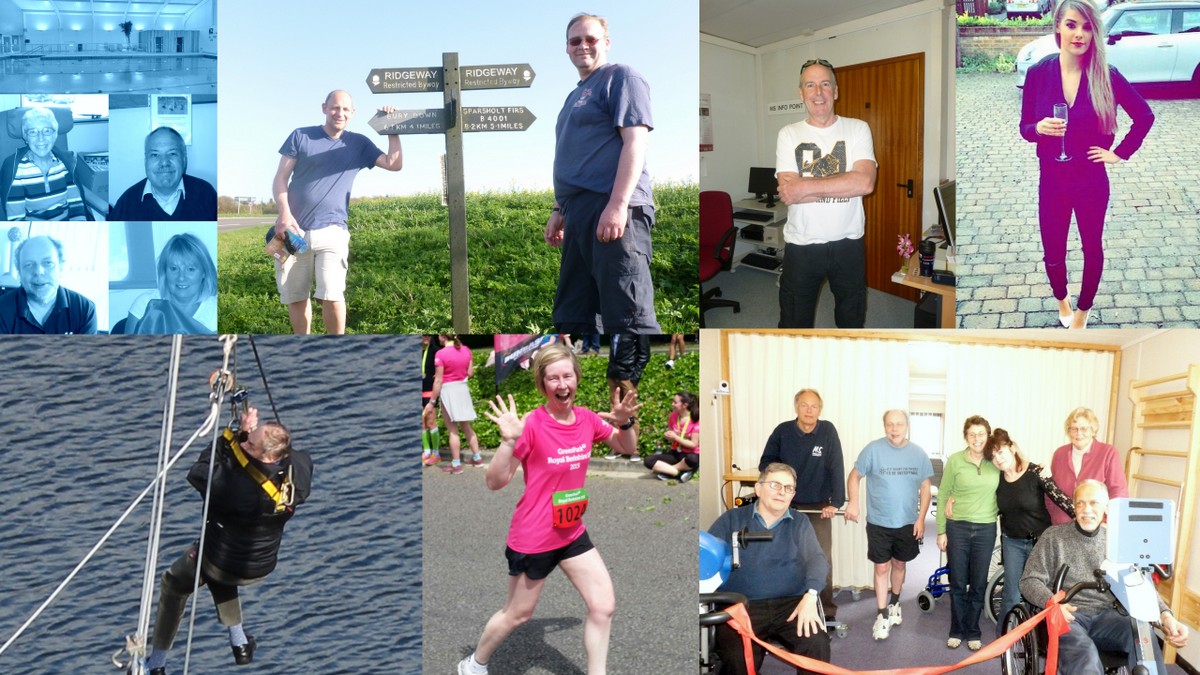 Shannen Preece (Julia’s daughter) did a tandem skydive on Saturday September 19th at Hinton airfield, and has raised over £400. video clip

Sue Doran ran the Royal Berkshire 10K on 17 May 2015 and raised over £1100, enabling her to purchase a defibrillator for the Centre.

Nick and David Thorne (Jon’s brothers), walking the Ridgeway, 87 miles in 4.5 days in April, from Avebury to Tring, raised about £1900

Event organisers this year include:

We thank the following for their fundraising efforts in 2014:

By completing their personal challenges they have raised well over £5000. 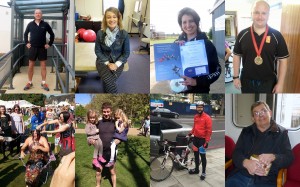 Tony Ball – raised £74 by not eating cake and biscuits for the entire month of April!

2014 fundraising also included £10,000 towards our newly launched gym.
In particular, we thank Asda for the support of their Community Champion, Emma O’Driscoll, and Didcot Rotary Club for the gift of gym monitoring equipment.

We thank the following for their continued support:

Our site is provided to us by MEPC Milton Park.  Without this bedrock support, we would not be able to continue providing the service we do – we are greatly indebted to MEPC for their generosity. www.miltonpark.co.uk

RPS Group based on Milton Park make a twice yearly donation to the Centre.  The Centre greatly appreciates their continued support.  www.rpsgroup.com

For providing discount gym membership for our members and support.

Our quiz masters every year and also supporters of the Centre.  Watch our Blog for latest information on quiz nights. www.FolkforMS.org

for donating our colour Canon photocopier.

The Roke and Benson Brass Band

We are one of three charities they have supported for the last 6 years: www.rokeandbensonbrassband

Our website was created and is hosted by Hexagon Webworks.  Sarah builds high quality, usable websites and has agreed to make a 10% donation back to the Centre for any work that is referred via members of the Centre. www.hexagonwebworks.com / 01235 811088

Interested?  Come and meet us and arrange your first therapy session.

Therapies are provided on a voluntary contributions basis – meaning they are usually far more cost effective than private treatment.